I’m a bit like a bus-stop in winter when it comes to posts this evening, I’m afraid. None all last week, while I was attempting to finish up some work, and now several posts (buses, in this metaphor) come along on each others’ heels. 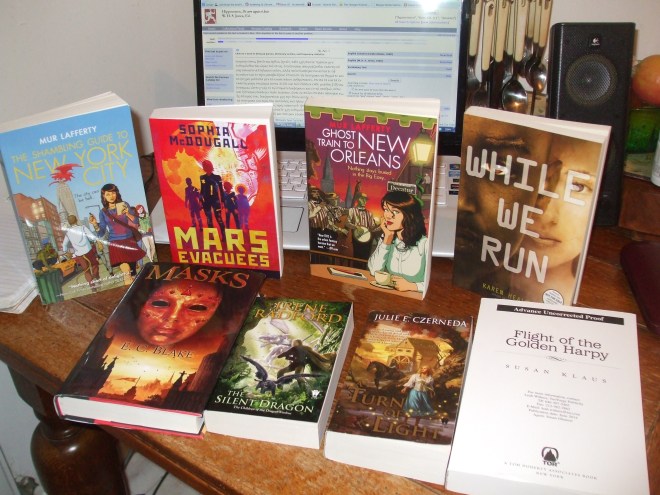 Not shown: two novels by Deborah J. Ross, which I have already read and shelved, and MIRROR SIGHT by Kristen Britain, which has been misplaced during shelving triage and may be under my bed.

There are also a couple more electronic ARCs in my inbox. I’m most excited about P.C. Hodgell’s THE SEA OF TIME.