Read for the column at Tor.com. An excellent novel.

A fun installment in the series, if not as fun as I was hoping.

Here is my not very sensible response to this particular book.

Resurrections is the third volume of a planned four in Roz Kaveney’s difficult-to-classify “Rhapsody of Blood,” following on from Rituals (2012) and Reflections (2013). Like its predecessors, Resurrections follows two main characters whose narrative strands never directly touch: unlike its predecessors, here they aren’t given approximately equal weight. For the greater proportion of the book, this is firmly Mara’s story, not Emma’s.

Yet the strands finally touch in the conclusion, and reveal that these two characters are connected more intimately and more strangely than the reader has previously surmised.

Mara is known as the Huntress. She is not a goddess, although that is by choice and not for any lack of power on her part: she has spent most of her very long existence (since the Mesopotamian Bronze Age) hunting down gods and wannabe gods and killing them, because most gods are very unpleasant people who achieved power through violence and blood. Resurrections is the story of her and how she met Judas and his brother Josh, and their deaths; and the later death of her sister and lover Hypatia. Resurrections is also the story of how Emma and her mysterious employer Josette storm hell, and how Emma becomes a goddess. And other complicated things.

I first read this book five months ago. Ever since, I have been trying – and failing – to write a review that discusses it in ways that make sense without the context of its predecessors. To articulate why it appeals to me despite its peculiar flaws; to outline its epic scale and playful – frequently surreal – weirdness, is a task that continues to elude me. I know of nothing comparable to what Kaveney is doing with her Rhapsody of Blood, and so I can’t even approach it sidelong, sidling up on it by talking about other things.

And yet. Kaveney’s whole project here is queering history and mythology. In both senses: making it more strange and portraying it as filled with people of a variety of genders and sexual orientations.

It does things. With stuff. Things explode in interesting configurations. I don’t know how to talk about it. It gives me complicated feelings, mostly happy ones, some disappointed ones. I don’t know. Kaveney should write more books? 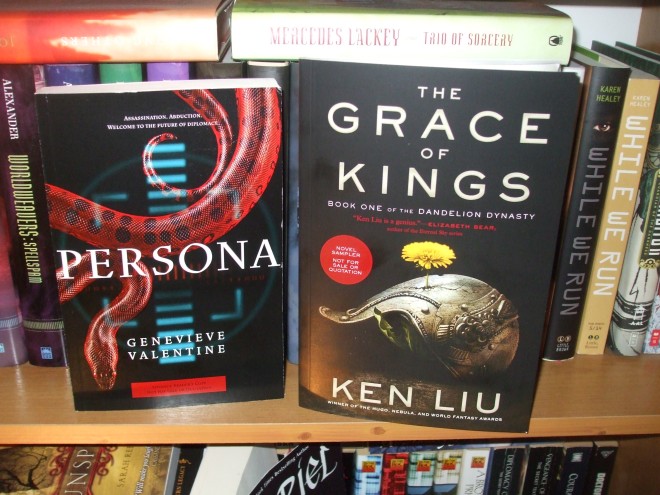 The last of the year?

Most likely these are the last copies to arrive this year, and that’s a good note to end on: from Saga Press, an ARC of Genevieve Valentine’s PERSONA and a bound galley of Ken Liu’s THE GRACE OF KINGS.

Story of Racton Man and the 4200-year-old bronze dagger.

Foz Meadows talks about “A Matter of Gaze.”

Live over at Tor.com, Sleeps With Monsters has a bit of a retrospective. 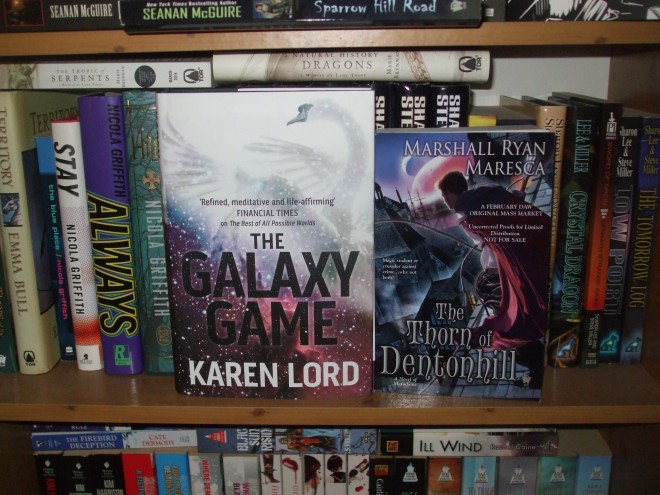 Two this time, too

From Jo Fletcher Books, Karen Lord’s THE GALAXY GAME, forthcoming in January. And from DAW Books, Marshall Ryan Maresca’s THE THORN OF DENTONHILL, forthcoming in February. 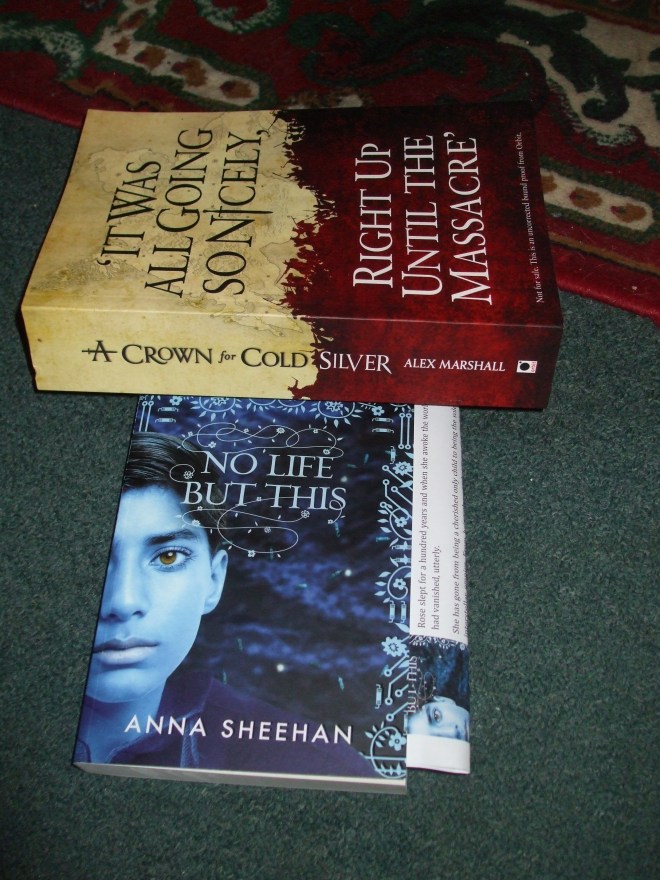 Anna Sheehan, NO LIFE BUT THIS, from Gollancz. A sequel, and I haven’t read (nor do I possess) the first book: anyone know anything about it?

And Alex Marshall, A CROWN FOR COLD SILVER, from Orbit. A debut novel, and one which comes to me with more than the usual recommendations from editor- and publicist-type people, so I’ll be interested to see what it’s like.

I had the idea that I was going to write about What I Did On My Holidays in the company of excellent people in Newcastle and Glasgow.

But I dug a hole under a flowerbed and buried my cat tonight, so I’m not feeling as cheerful as otherwise I might. Even the contemplation of Saturday afternoon at Barter Books… 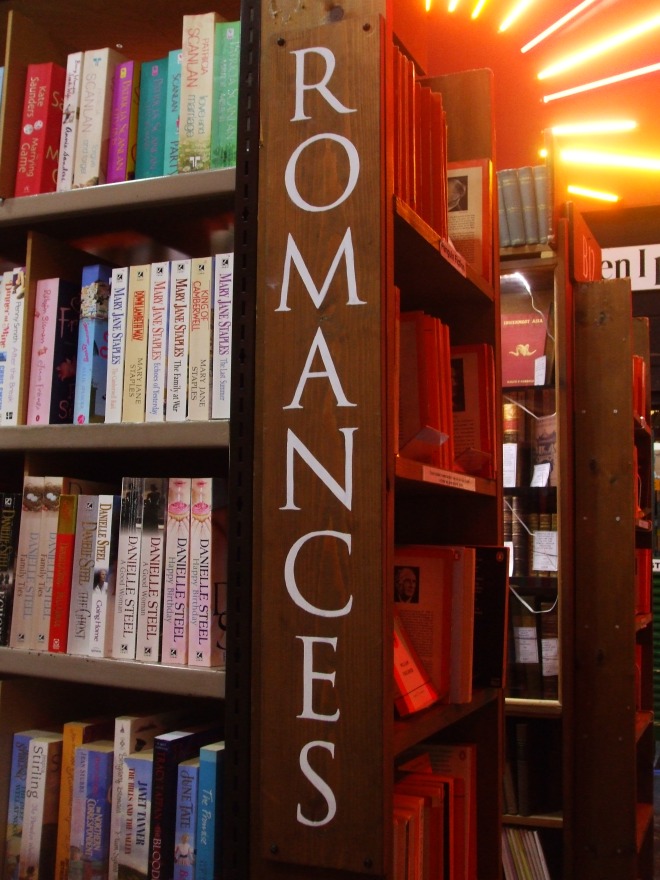 and Sunday at Housesteads… 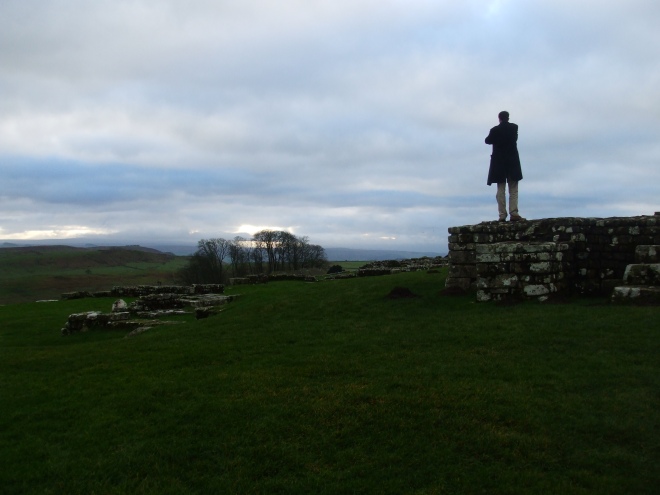 in glorious company, of custard and cake in a café with pictures of cows on the wall… 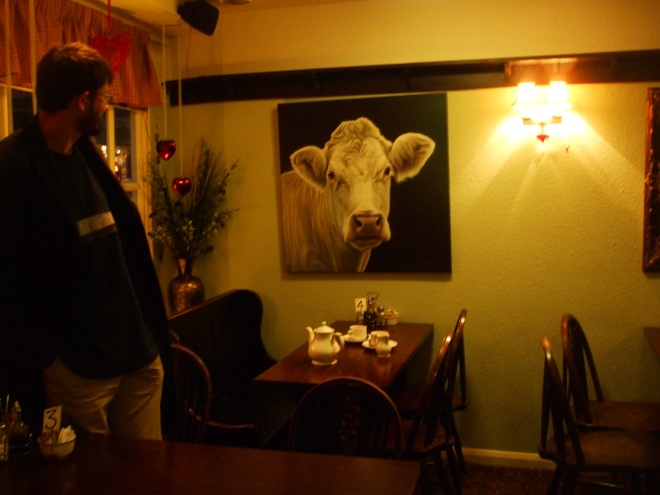 A café in Hexham, after dark.

… is not able to make me a cheery human tonight. Nor the contemplation of Glasgow and lovely people and a delightful second-hand bookshop (Caledonian Books) where I found copies of Oxford Classical Texts in mint condition really cheap.

I brought things home, and the memory of good company. 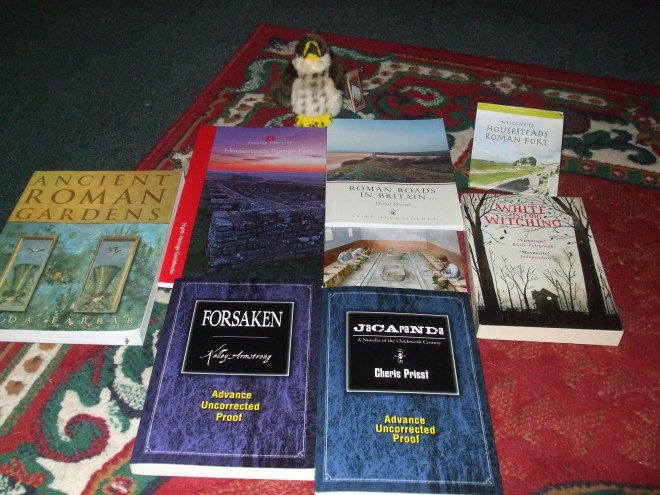 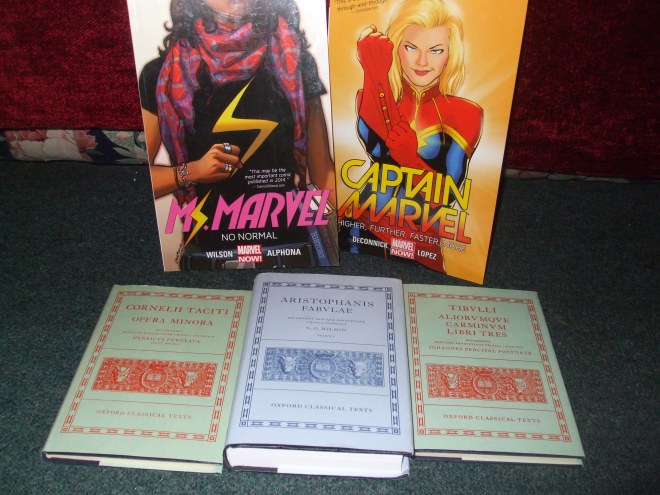 But Vladimir is as cold and stiff and dead as my grandmother, and it makes me gloomy as fuck.

I came home from away to find a wee stack of review copies had arrived, courtesy of the nice people at Tor Books. 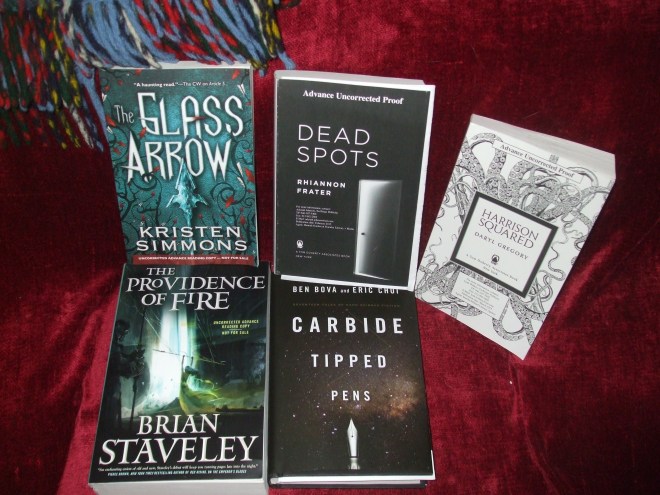 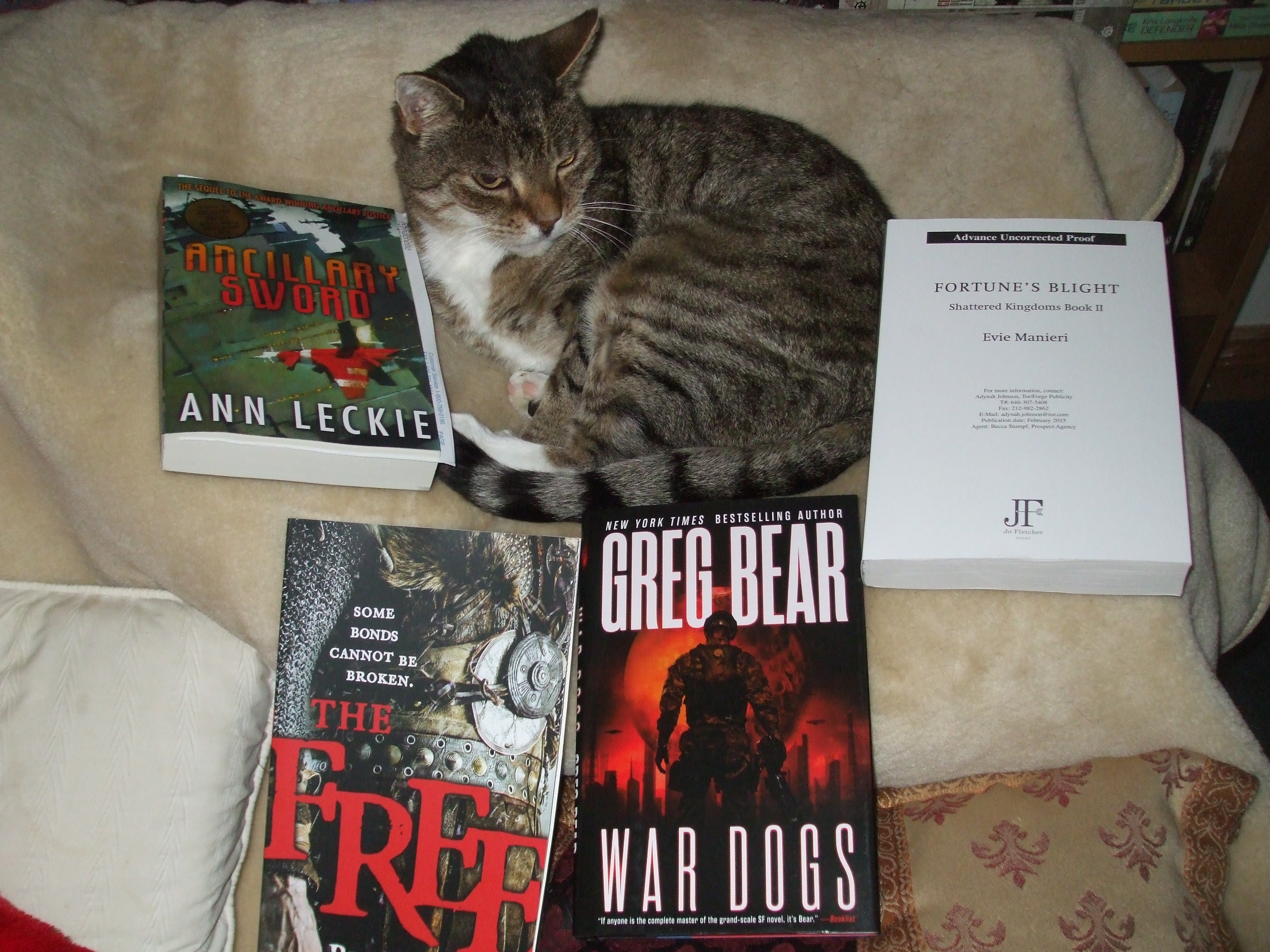 I have been away. In my absence, Vladimir, best of cats, died at the age of probably-twelve, while undergoing surgery for an abscess of the throat.

A new column over at Tor.com.

Aliette de Bodard has sold two new novels, THE HOUSE OF SHATTERED WINGS and a sequel, to Gollancz. The first novel will be published in autumn 2015 and damn, I want to read it very badly.