Reviewed over at Tor.com.

Read for review. It’s a very interesting little piece of sword-and-sorcery, albeit perhaps not entirely to my tastes.

This is more travelogue than mystery. Very good travelogue. Weak on the mystery.

Jaime Lee Moyer, Against A Brightening Sky. Tor, 2015. Copy courtesy of the publisher.

Read for column. Third and last in Moyer’s trilogy, set in early 20th-century San Francisco. Moyer has a compelling touch with characterisation, but many elements of this volume sat ill with me – it’s a little too romantically inclined towards the aristocracy of pre- and post-Great War Europe, and inclines towards Evil Bolsheviks, while not feeling as rooted as I would prefer in the actual tenor of the era (although that may be mere European bias on my part: I don’t know much about America in the years immediately following the Great War).

So I wrote an email chasing some of these (because I am supposed to review some of them for deadlines) only to find them arriving the next day. EMBARRASS ME POST WHY DON’T YOU. 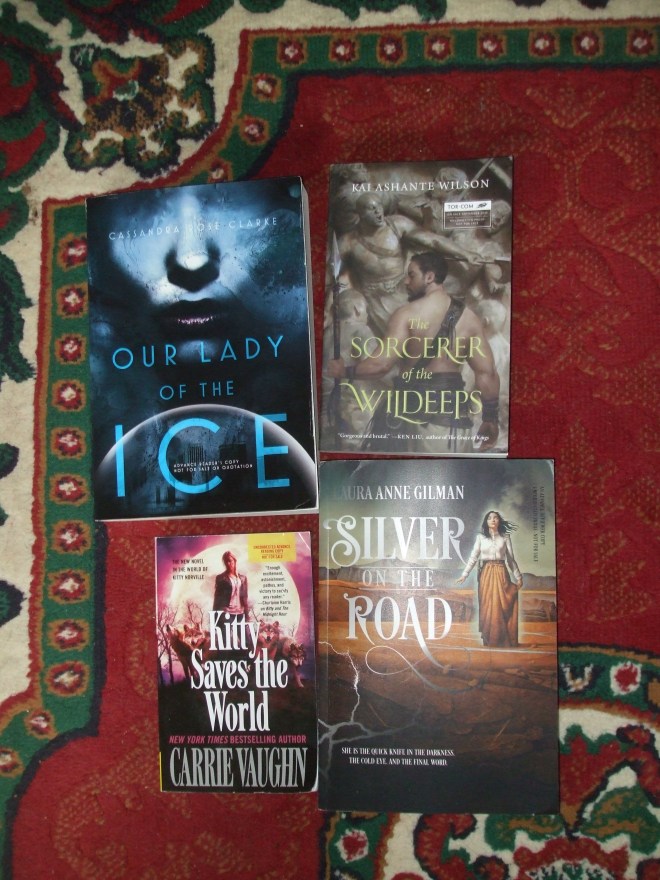 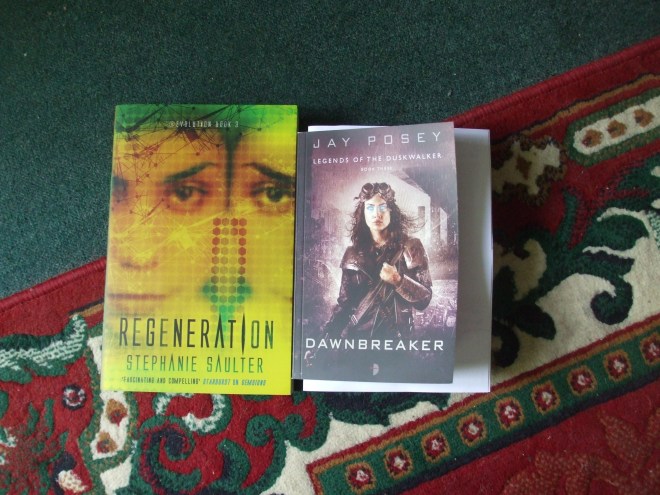 And this is Stephanie Saulter’s REGENERATION (Jo Fletcher Books) and Jay Posey’s DAWNBREAKER (Angry Robot). Although I don’t know why anyone would send me the third book in a trilogy where I haven’t ever seen the first two… still, it has a pretty cover?